Occurrence of Potassium:  Potassium was first found from the potash i.e. ashes of plants. It is an alkali metal and has many similarities with another alkali metal i.e. Sodium. Naturally potassium occurs in ionic salts. Potassium is also the eighth most known element on the earth. It is highly reactive in nature and is not a free element in nature.

The metallic potassium was first found through electrolysis of molten caustic potash. Potassium can also be found from the minerals langbeinite, sylvite,  polyhalite and carnallite.

Physical Properties of Potassium:  After lithium, potassium is the second least dense metal. Potassium is referred by experts as a soft solid. Potassium has low melting point compared with other metals. It is said to be easily molded or cut. When potassium is freshly cut it is silver in colour but slowly turns gray when exposed to air. Its melting point is stated as 336 K and its boiling point is 1032 K.

Alloying Behavior of Potassium:  Potassium also act with sodium as an alloying agent. It is called as Nak. It is also known as alloy of two alkali metals i.e. potassium and sodium. They both are normally liquid in state. They are also highly reactive metal with water.

Potassium and sodium can easily catch fire when they are exposed to air. It is used as a coolant element in the fast neutron nuclear reactors. It is very useful because this prohibits it to use the lead or pure sodium which is quite more costly then itself.

The atoms of neutral potassium have 19 electrons. Potassium can also be oxidized easily by losing its last electron and gaining positive charge. Potassium is categorized as an active metal that rapidly & chemically reacts with oxygen in the natural environment of water & air.

Also learn about calcium and magnesium.

When combine with oxygen it produced potassium peroxide while when it combine with water it produced potassium hydroxide. The first reaction is more harmful due to rapid exothermic reaction and formation of hydrogen gas. Just because of this sensitive reaction the reactions with other elements are no allowed in this atmosphere. With mineral oil and kerosene potassium does not react mostly. Potassium is also referred to get dissolves in ammonia rapidly. 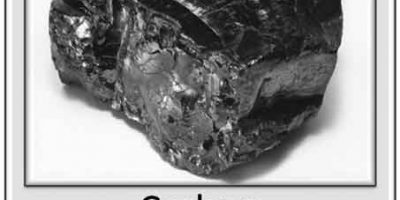